Written on his phone, in transit, between meetings, before falling asleep, and just after waking, this is poetry as a polemic, as an act of resistance, as a middle finger to a litany of grievances.

The Actual is a symphony of personal and political fury – sometimes probing delicately, sometimes burning with raw energy. In 55 poems that swerve and crackle rare music, Inua unleashes a full-throated assault on empire and its legacies of racism, injustice, and toxic masculinity.

At its heart, this book confronts the absolutism and ‘foolish machismo’ of hero culture – from Trump to Rudyard Kipling, Batman, and the Joker. Through the thick gauze of history, these breathtaking poems look the world square in the face and ask, “What the actual-?”

In celebration of his new book, Inua will be completing an online book launch for The Actual in collaboration with Penned in the Margins, beginning on Monday 5 October 2020. Book your tickets here.

Inua has 17 other books in print, a combination of plays, and poetry. You can see Inua’s full range of books here. 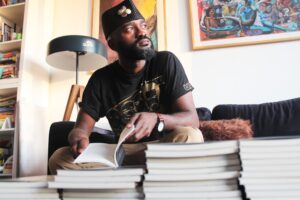 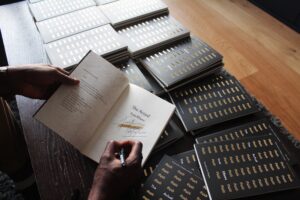 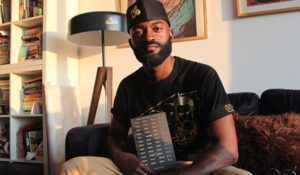